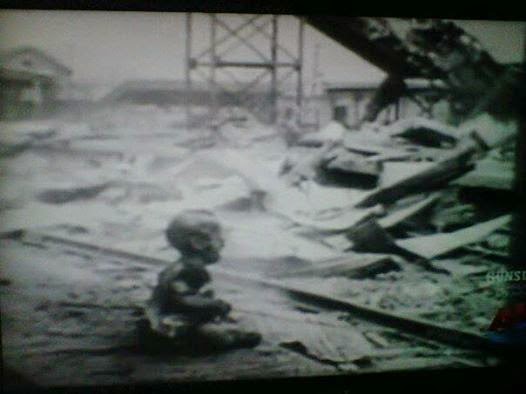 IN RECENT searching, I uncovered dialog about a topic that loomed very large recently in the public media and social network maze. Recent atrocities have been performed by terrorist organizations and evil powers in the world. Highly publicized photos and videos rapidly radiate from these events. These are visual records of such horror that public minds and hearts tremble. The media stuns many of us in our Christian faith walk; we who know our Lord as the “Prince of Peace.” and indeed know the wishes of the intermediary between ourselves and our Creator's judgment. Therefore, caught in the midst of this turmoil to be sure… the church needs to know its position about warfare. We, as presenting the scriptural and historical mindset of God to the societies of the world… are often asked to give answer. Where should God’s people stand in the midst of this evil mess?
The dialog I found online wrestled concisely with the issue that we call “just war”. The discussion wrapped around the topic on whether it is permissible for a Christian to participate in war. Can we participate to the point of taking the lives of other persons? The conversation occurred in 1932, as the Japanese had invaded China. The Japanese forces were imposing evidential atrocities, as exemplified by the picture of a wailing Chinese child sitting in a bombed city. Thus it was important that two theologians, brothers in the flesh and Christian faith, argued the merits of a Christian action possible as answer.
Reading the statements of each here, therefore, consider that though the modern evils done by Muslim terrorists today are just as horrid, they are not new. Such murderous barbarisms have been going on since the days of Cain and Abel. Think of it! War has certainly been a near constant companion in the lives of this nation in decades since WW1, and WW2, the Korean Conflict, and the Viet Nam war, and the population of this nation winces from recent war pains to the point of withdrawal from the turbulent world stage. Given this reaction then, please read the guidance that these two theologians offered to us. First we receive a pacifistic argument from H. Richard Niebuhr…

With observational reading, I reacted to the historical classification of this as expressing the mindset of “radical” Christianity. In today’s world a pacifistic theological outlook is not so radical, nor too difficult to find. Indeed my observations recall that within the liberal, socialist theologies that emerged in the ‘60s, this tendency toward pacifism found its way deep into the life of both church and world. This change occurred as we wrestled with such things as the Viet Nam conflict and our domestic answers to racism. Pacifist activities were promoted by many religious figures, by respected and beloved persons such as Dr. Martin Luther King, Jr. As this occurred, Far Eastern pacifist philosophies entered from such as Hinduism and Buddism, expressed even into such as the musical scene. This trend influenced the church and society as a member of the Beatles memorably sung “My Sweet Lord”, a song not dedicated to our Lord Jesus, but a pacifistic Far-Eastern diety.
In the midst of this milieu, the “Jesus Movement” began to whole-heartedly embrace the term of Christ as the “Prince of Peace”, but erroneously wrapped his words around worldly teachings and the example of such people as Gandhi. In answer to the turmoil of Viet Nam and the Cambodian war, and to relieve human strife... many of these proponents went on hunger strikes... or sometimes demonstrated in the extreme by setting themselves on fire. Their pacifist inaction, therefore, became an action expressed in violence that went inward rather than outward. However, the resultant movement did not stay internal.The marchers and followers of peaceful resistance often created a temper which boiled over into confrontation with authorities, and such strife as the Kent State riots resulted.
Therefore considering this active inactivity, consider the counterpoint. Speaking against this position of pacifist theology, Richard’s brother countered with the Christian recognition that we are sinners who live in a sinful world. (see St. Paul’s letter to the Romans, Chapter 3, verse 23). However, as sinners we Christians are redeemed by the cross of Christ. We are called then to work as sinners and saints in the world. Thus we read…

"Love may qualify the social struggle of history but it will never abolish it, and those who make the attempt to bring society under the dominion of perfect love will die on the cross. And those who behold the cross are quite right in seeing it as a revelation of the divine, of what man ought to be cannot be, at least not so long as he is enmeshed in the processes of history." (Reinhold Niebuhr, of Union Theological Seminary, NY)

Therefore, Reinhold took what I perceive as a rather Lutheran position. By saying we shall "never abolish it... he echoed a sentiment expressed by Martin Luther during the turmoils of the Reformation era. To abbreviate Luther's Reformation-era position, it was simply stated that when all socially acceptable human endeavors are ended and nothing righteous seems to work… “sin boldly, but believe more boldly still.” We thus found Luther being asked to take sides during civil strife against rebels within the German state of his day. There was a loss of life involved then, as is now. Therefore living in a fallen world, Reinhold Niebuhr stated..,

"Christians cannot act as if the reign of God has already been established, and must sometimes use force to protect the innocent."

We today find that the period following the Viet Nam-Era gave opportunity toward enlisting the church into socialist revolution. This theme was often expressed by such as the theological writings from South American sources, notably the Cone Brothers, priests of the Catholic church. These were joined by other liberation theologians who enlisted God as the moving force behind positive, but not necessarily peaceful change… giving credence to even using revolution from Marxist and socialist political world views.
Today it seems that our present political scene yet contains leanings that follow these liberation theologians. But now they are wrapped carefully within some floundering from social Darwinism. Adapted from the Hitler-esque Nazi thought world, this last sociological addition entertains the idea that if all religious differences can be socialized, equalized, homogenized and negated, we shall evolve until we have little trouble getting along. With this being done, we thus evolve toward a better world and shall soon arrive at a “perfect” place. As a Christian minister, I find this last trend in thought particularly offensive. It called me to especially dig into the words of scripture, wherein Jesus said…

Thus it is that we in the church must carry our cross through a sinful world, for we yet must persist in waging war against Satanic powers. What is happening in the world is not just terrorism for the sake of overcoming another political realm which has provided a better economy and life. We are in the midst of a great religious war. We thus must carefully weigh sinful thoughts of war. I believe that our Lord, who died upon the cross and has raised again… wants that we might live knowing that we are saved by grace through faith given to us by God, and not by what we may decide. This being so, let us in prayerful thankfulness strive to find the best decision humanly possible for all concerned... even if it’s the hard way forward. Jesus Christ, our Lord, would have us do no less.