Of Faith and Guns... 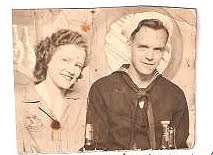 WHERE IS the Christian to stand amid the gun debate? As Americans, we may rightly proclaim our opinions when our present governmental branches attempt to legislate concerning our right to bear arms. We may rightly call their attentions to our historical legacy having been gained by the founders of this nation, those who preserved for us the right to own firearms by writ of the Constitutional Second Amendment. Yet, as Christians we are also called to be healers, now faced with loss of life in schools and society through domestic small arms fire that demonically clings to our environment with horrid tenacity.

Personally, I find myself torn when witnessing the murder statistics of major population centers within these United States. I seem to witness a rise in violent, gun involved death both near and far. However at the same time comes to me, memories of hunting to put food on our family table. I also take comfort in knowing the security of having my home fires protected by the presence of a firearm. A sense of guilt, however, intrudes again on my consciousness when I see these tools of providence and protection used on helpless teachers and students of our nation’s schools, even while remembering the faces of my parents who strove hard during WW2 to preserve my right to bear arms.

Being a Christian then, I believe to solve this corporate and personal dilemma, we must turn to scripture to reckon a clear way ahead. Now, my knee-jerk reaction would be to rail in public for armed guards and a return of prayer to our nation’s schools, but the latter of that path would only fall on the deaf ears of a now heathen brood. We turn to scripture because there we interact with our God, whose Word has hewn for us a clear path. We read surely of a Divine determination that a peaceful and settled people shall be established within the kingdom of heaven, but it reveals also that our God’s method in this world has been historically quite varied.

Sculpted From Chaos
As biblical history reveals, for example, God himself rescued his chosen nation Israel from Egypt. Israel, as described in Passover narrative, was a people without the ability to defend or free themselves. This was so as Moses says to them as they cry to the God of Israel…

"Fear not, stand firm, and see the salvation of the Lord, which he will work for you today; for the Egyptians whom you see today, you shall never see again. The Lord will fight for you, and you have only to be still." (Exodus 14:13-14)

Surely in scripture, therefore, we are told of the Yom Yahweh (War of God). A man called of God, warns and guides the people, but Yahweh delivers. This happens most surely when the people of God finds themselves backed against the drowning sea. God himself rails against the Oppressor. What does God use? The warfare of nature is first thrown against Egypt by God in the form of plagues of frog, bugs, and other relentless burdens. The people need only to mark clearly their own identity, but cannot watch… only to hear the lament of Egypt when at last its power is drowned by supernatural wrath.

But then, we also see that we lost and wandering humans, like Moses, may be rightly used corporately in the Yom Yahweh. After Israel (named as those who contend or wrestle with God) find they are rescued by God, they are groomed to participate as an infant vagabond nation in wars fought for a place to settle. They move against many city states within the ancient lands encountered. The Bible reveals that they attack Ai, Jericho, and other ancient principalities and prevail whenever divinely-guided. The Psalmist recalls that Yahweh has said…

“Ask of me, and I will make the nations your heritage, and the ends of the earth your possession. You shall break them with a rod of iron, and dash them in pieces like a potter's vessel." Now therefore, O kings, be wise; be warned, O rulers of the earth. Serve the Lord with fear, with trembling, kiss his feet, lest he anger, and you perish in the way; for his wrath is quickly kindled.” (Psalm 2:8-12)

Now we note, that as the psalmist of David exhorts the people Israel, and thus to us as their descendants through Christ, he clearly stated “with a rod of iron.” This armed action continued until the occupants of the land, the people of the Philistines, were decimated. This is a judgmental God, this Yahweh! All nations stand in peril. Only Israel is somehow gracefully chosen to reveal his holy will. Israel is thus established as a nation ruled by tribal judges. May we safely read from this that since that time “science” has added to spear, sword, and catapult. We now include my 12 ga. double-barreled scattergun, and are thus prepared to wage holy war with greater efficiency .

Apostolicity and Combative Discipleship?
However, we now turn to what our Lord Jesus tells us. It seems that the very Word lashes out against evil in this world as he says to his gathered people….

Now, while the argument is often made that this is strictly a spiritual battle, I differ with that assessment. It was certainly not thought as much by Herod, the Chief Priest, or Pontius Pilate. Therefore, if we begin pacifist or not, we as Christians are joined with the militant Messiah (The Anointed One) who comes to make war on evil, delivering us and others from the power of sin, death, and hell. In this he gives us a commandment to guide his people until he returns…

“This is my commandment, that you love one another as I have loved you. Greater love has no man than this, that a man lay down his life for his friends. You are my friends if you do what I command you. No longer do I call you servants, for the servant does not know what his master is doing; but I have called you friends, for all that I have heard from my Father I have made known to you.” (John 15:12-15)

It is of scriptural record that some stepped to the fore to defend Jesus, as revealed by Matthew. When the time for his arrest by authorities came…

“And behold, one of those who were with Jesus stretched out his hand and drew his sword, and struck the slave of the high priest, and cut off his ear. Then Jesus said to him, "Put your sword back into its place; for all who take the sword will perish by the sword. Do you think that I cannot appeal to my Father, and he will at once send me more than twelve legions of angels? But how then should the scriptures be fulfilled, that it must be so?" (Matthew 26:51-54)

Ah, but therein lies the catch. God needs no defense. And those who defend with the sword by their interaction in the use of armaments participate in the sinful ways of this world. Thus it is that Paul says of us, “… for all have sinned and fall short of the glory of God.” and follows with “The wages of sin is death.” (Romans 3:23 and 6:23)

Thus we humans are truly at enmity with one another, though we often mistakenly consider our cause to be truly righteous, we usually find it is not. Additionally, the hidden agenda of self preservation wrestles with our intent to lay down our lives for others. Only agreement with the proclamation of Christ unto our salvation will guide us as truly the Righteous.

Boldly We Sin...
Like the worlds' courts we must make judgements. From this discourse then, we see that we have two paths that may be taken, both are sinful within a sinful world, but either being somehow useful to our God. Indeed,our Creator. God makes wondrous things from chaos. First, I say that we are to collectively stand in the midst of the assembly and watch as our God takes nations, including our own, to task for sinfulness and unbelief. Such a costly stand was recently taken by the Rev. Dr. Martin Luther King Jr. He participated without violence in many battles that were won peacefully in his stand for human rights, though the war against prejudice still seems unending. In this, we still must stand in his place, and watch as God calls other nations to task against the enslavement of race, ethnicity, women and children. We work for resolution knowing that these nations make war against the will of Yahweh, in that they have not believed in the divine Warrior that he sends. These powers shall certainly fail. Watch for the frogs.

But secondly! Know that we must be to be willing to lay down our own lives for the sake of children and friends of God, and others who are ensnared in this world’s turmoil. In recent history powerful nations have fallen, that deigned for themselves superiority through the drive of madmen. Touting a progressive agenda that proclaimed that human evolution can build our own ziggurat and we thus reach the kingdom of heaven, against such heretical thought, the church has stood firmly and actively on the firing line in the personages of such as Dietrich Bonhoeffer.

Thus it is that both Christian soldiers and citizens, no matter their station and employ, must continually strive so that those under bondage and threat may be freed. We are called to do battle with Evil, and evil often uses the weapons of pistols and more. Whether the weapons of choice and avenue held by us under the condemnation of Law are sword or gun, is only determined by the strength and methodology of our foe. The human purpose is ethically to attain at least a balance of power to rob the attacker of profit, and pray for a cessation of strife. May the necessity of our weaponry drive us then before the Law toward clinging to our salvation in Christ.


While working in this physical realm in spiritual war against the Satanic in this world… we need also to look for opportunity to proclaim conviction of sin, absolution, and salvation in Christ that is provided by our gospel message. We invite thus those freed from physical bondage and loss of life, to embrace the Prince of Peace and join us in being his chosen servants.

Finally then, you witness that I find myself firmly opposed to efforts to disarm the American populace. To do so is delusional. It is wishful thinking that does not account for the power of evil, not only providing the false concept that our government can defend all persons, and opening the way for the thought that it too could turn on a disarmed public... let us not think like those who have said, "It can't happen here." For the history of previous centuries shows clearly the fate of a collective people who walk through this sinful world disarmed. May we instead work in this world as sinners made saints only by the gift of the holy cross of Christ. We use the weapons of this world, though distasteful, and the Word of the heavenly kingdom to wage a somewhat passive and subtle, but holy war. Let us fight the good fight with the Word held in our hearts by the Spirit of God, for ultimately our Lord himself shall determine the caliber and strength of his peoples. May he truly one day say, “Well done, good and worthy servant.”

Posted by TeeJay at 6:10 PM No comments: