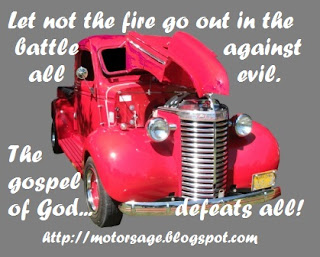 RECENT TRAGEDY has struck America again from radical Muslim terrorism, but this time it was home-brewed. Regardless, the message brought said “death for the infidel”, and was yet issued to those persons who do not hold to their blasphemous stance. The most recent horror of note is the killing and maiming of many persons in a night club in the city of Orlando, FL.
As our modern society attempts to make sense of this chaos, many prominent personalities have raised their voices. Some persons blame all religion. Others point to an American lack of sexual morality. Some pundits and politicians say that this occurred because guns can be gotten too easily, and we cannot ward off  future events because of inadequate gun laws. These last vocalize that we need to clamp down on what type guns the public can buy.
Other voices herald opposition to this anti-gun position. They fear the loss of public defense if Second Amendment rights are further infringed, with questionable reliance on overburdened law enforcement being cited. These persons usually point blame instead at our insufficient anti-terror work, poor immigration policies, and lack of adequate border defenses as cause for alarm. Many talk radio and TV personalities have now jumped into the conversation, to the point of nausea.
While some of these options do sound like a possible solutions to keep the number of assault deaths below the magic mass of  “four" persons... I criticize the policy that enumerates the number of “four” dead as to whether an event should even be called a “mass” terrorism. It is for sure that preventing any death of a solitary person by terrorism is the mass upon which we need to focus.
We know that the carrying of personal armament may be the first candidate for the lessening of such as the event in Orlando. However, gun laws will not stop such horrors as the bombing that occurred at the Boston Marathon. Sure... we can more closely regulate gun permits, restrict the type of guns sold, and monitor some common bomb making materials... but both foreign and domestic terrorists know full well that effective bombs may be made from many and various household chemicals. We need to remember the lesson of scripture here! Even a small rock thrown or primitive club swung can be lethal. From the ancient ages we hear…

“Cain said to Abel his brother, “Let us go out to the field.” And when they were in the field, Cain rose up against his brother Abel, and killed him.” (Genesis 4:8)