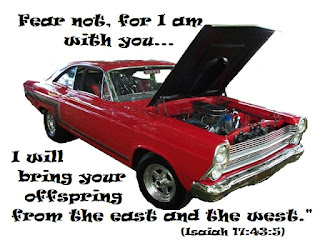 AN EIGHTY mile early morning Saturday trip led a very special used parts source. Katy’s place… known as a Ford parts heaven, was once a small farm that had been recently encircled by suburban sprawl. Being so hemmed in, it is not allowed to get any bigger, but still holds a treasure trove of old Ford parts. Her now deceased husband had previously listed everything resting there. He’d told her that one day the parts would be worth quite a bit. He was a smart farmer indeed.


Know this! An error can make you do a parts runs for many miles. In converting an engine to run in front of a Cruise-O-Matic transmission, I’d made a mistake. I had gotten the wrong flywheel. Anyone who has ever transplanted an engine to update an older car, or increase cubic-inch displacement in a vehicle, can attest to this difficulty. You want one particular thing and often get another. These snags are known by veteran car builders. They are often avoided by many car restoration people if the vehicle on which they’re working is a popular model. However, in this case… finding just the right item was a learning experience. I’d missed an important detail.
You see the old car came with a crunched engine. The condition was almost a necessity, considering a modest income. Many cars have been bought before the shed alongside could fall over on them. Fairlane models are not widely popular for restorations, as with the smaller Mustang. 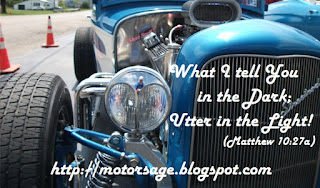 When wanting to take the old, worn 302 c.i.d. V-8 out of the car, an opportunity to upgrade the ride to a 351W appeared. The 351 would fit nicely into the rather tight engine bay. However, the 351W Ford shared displacement size with another engine. I found out the hard way that there was more than one type of 351 CID V-8 engine made by Ford. One engine line was known by the “W” designation. They were produced by an engine plant located in the city of Windsor, Ontario, Canada. The other, the 351C V-8, was made in Cleveland, Ohio. The two are not twins from a different mother!
Aside from their different source, in spite of shared displacement size the two are very different. Many magazine article pages had been written concerning the two cousins. Most high performance pages concerned how the “351C” had the higher performance potential of the two, simply in that it had a better volumetric breathing efficiency right out of the factory. Meaningful for me however, was that one engine is balanced internally. This means that each rotating component was balanced individually before being assembled. The other engine contained a crankshaft that was balanced externally by using the additions of an offset-weighted flywheel flex plate and similarly weighted front balancer. The upshot was that my engine upgrade used the weighted flywheel. The transmission flex plate flywheel I had to mate the bigger engine to the automatic transmission did not have that weight. I hadn’t noticed the missing weight, but saw only that one bolt hole of the new flex plate did not line up with the holes in the crankshaft. You see, that was the way the engine makers indexed the weighted flywheel to the crankshaft, so it could only be installed in one rotational position. That’s when I found out the sinful truth. Needing the weighted flex plate because I already had a weighted damper pulley, I plotted a early morning road trip. 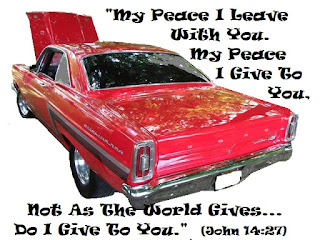 The trip was not burdensome. The trek gave me visions of coffee-to-go, egg and sausage croissants and donuts that my diet said I was not to eat. Arriving about noon. I found that Katie’s son already had the flex plate I needed set out. I paid for it and then asked how his elderly mother had been doing. He said, “Katy’s out in the chapel.” As he did so, he pointed out the window toward a double-wide trailer that was located off to the side of the entrance lane.
He said, “She’s just straightening up out there. Stop in and see her.”
I climbed into my car and wheeled out to the double-wide. Above the building entry was a sign which read, “Katy’s Chasm” As I entered, an old “Ooogah” horn sounded. Katy had been arranging chairs into neat rows. She placed a hymn book on each seat. She turned and waved me back out. She said, “You’re a day early.., come back tomorrow.”
I chuckled for she was fondly known. Since her husband’s last name was Combs, she’d endured many a ribbing about being a grave, downcast personality. At church her name became “Katy Combs”. 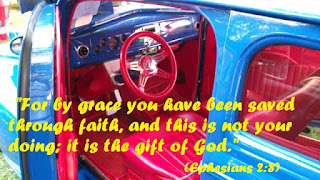 The double-wide chapel was originally planned to be a church, but the land was not zoned for such. The intolerance for early Sunday morning suburban singing was so strong that Katy could not use the place for that purpose. Instead, much to the initial chagrin of neighbors, she called it a clubhouse. It became a meeting place for wayward car nuts. They just happened to become Christian car nuts. They also happened to bring their own Bibles. Most importantly, they managed to bring others to the meetings as auxiliary members. That was how the group got started.
Interesting, however, was that to be accepted into the club a person needed to first memorize “Katy’s Chism”. In keeping with her husband’s wishes, her adopted family of Christian fellowship first had to study. They had to memorize Martin Luther’s “Small Catechism”. The practice was in keeping with her husband’s Lutheran heritage. This drove some of the fledgling adoptee candidates to call the place the “Chasm”, because once anyone dove in they were to come out of the graves of sin and evil. They would rise up from the depths, be baptized… and take their place as her family. 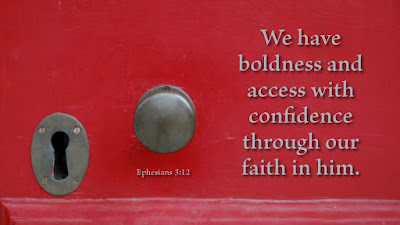 We would that a group fills the double-wide regularly. That which was imbalanced becomes balanced. Those who are sinful become saved. And praises voiced from the depths of the catacombs can be heard above the realm of the Satanic. Many car nut neighbors who formerly complained now attend meetings. The local authorities don’t complain because young folks learn values rather than computer games. Best of all, the occasion of God being present in an automobile “graveyard” can give eternal life to

Please be invited to view out latest church video.... click on the screen below!

May your road be smooth, and rest come through Christ our Lord.