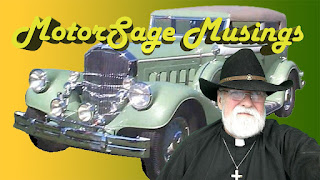 GIVEN RECENT headlines and televised conversation about the political outcomes of state elections, we see that turbulent issues are now affecting the political scene in the United States. With this, I firmly believe that we Christians need celebrate the gift of freedom that has been secured by the sweat and blood of members of this wondrous society and its military might. It behooves us to deeply consider future political actions. We have a right responsibility to do so in this free world. We are called to freely and responsibly vote in our elections. Consequently, as baptized members of the Church brought forth in Christ, we should certainly shoulder our responsibility to examine all future candidates and issues carefully. We need to properly participate in our democracy and raise our voices high in both Church and state.

First let us correctly realize that the Church still has influence. According to the power of God expressed through the Holy Spirit, Christians are certainly called to give voice in all matters according to a proper interpretation of Holy Scripture. Over centuries this power has brought the Church to internally consider many issues, using processes that often spawned both conflict and consensus. In the past, these issues in the Church were expressed both internally and externally. From this sometimes tumultuous process, such as in the Protestant Reformation, we historically attempted to decide that which was ethically right and seemed meritorious for the future of gospel proclamation. Similarly in civil governments in our nation, state, or local powers, there exists for us a similar pathway. Political conflict and consensus helps to form the future.

However, know that a gross misunderstanding exists amongst us. We ask ourselves, “Should Church influence society and its laws?” If so, how so? By sermons alone? Or by sermons and civil action? Further, we internally ask… "Can we of the Church rightly participate in marches and demonstrations?" Also, "Do we hold the right to contemplate and use civil disobedience?"

Some persons wrongly state that according to the U.S. Constitution, there should be strict separation of Church and state. Indeed there is throttling legislative language read in our founding document, but it rightly applies restrictions only upon the government. The Constitution as read, forbids the government from establishing an official, national religion… and does not in any way restrict any church from influencing the workings of the state. Given this fact, we may advocate, demonstrate, support and influence political party, concepts and candidacy. For this historical reason, we in these United States find that full and active Christian participation in the American political realm is greatly encouraged. This holds true for either clergy or laity whether the issue before us is taxation, jobs, healthcare, abortion or simply putting in a new traffic light up at a local intersection.

How far can we Christians go to exert our freedoms? As a pastor, while I choose not to endorse a particular candidate or party from the pulpit… I do address the issues before our congregations, our nation and in the media’s public square. In this I stand well within Church tradition, and my Lutheran heritage.

To bolster my opinion, I call upon support from ancient times. For example, Saint Augustine, a Catholic theologian far greater than myself.., stated clearly that God exerts rule over sinful creation through the duality of influences from both Church and state. Both social entities may properly exert divine good will. The proper tension that may exist between the two ruling powers was discussed by Augustine during the throes of the declining Roman Empire’s struggles. During the early 5th Century A.D, Augustine wrote “The City of God”. That document favored Christianity as expressed over competing religions and philosophies, and clearly declared that God allowed not only the success of Rome, but also the sack of Rome. Therefore in saying, he stated that we as Christians can considers ourselves rightly called to be influential in the rise and fall of governments and all governmental matters. In this nation, we presently do so peacefully using both prayer and vote.

We of the Church have a dialectic responsibility to converse with the government. This is one duty from which we should not shrink! By doing so, we stand against societal chaos. From blessed Saint Augustine, we read about the nature of the earthly, peaceful political nation, as defined by him as the “earthly city”. He used symbolism garnered from the biblical book of “Revelation” or “Apocalypse” as written by John.

“Now, when victory remains with the party which had the more just cause, who hesitates to congratulate the victor, and style it a desirable peace? These things, then, are good things, and without doubt the gifts of God.

But if they (of the government) neglect the better things of the heavenly city (the Church), which are secured by eternal victory and peace never-ending, and so inordinately covet these present good things that they believe them to be the only desirable things, or love them better than those things which are believed to be better… if this be so, then it is necessary that misery follow and ever increase.  (St. Aurelius Augustine, The City of God 15.4.1)

Thus we see that Augustine described a Church called by the Spirit of God to be free and loving, and a supportive entity to any beneficial government. However, should a government work against the good, the Church before God should work over against the failing. Therefore, we as Christians are given the task of holding the government’s irons of rule to the fire. We are to give voice for keeping of right things to be the Right things. We participate in the political process, championing for rightful things that are clearly expressed in scripture. It is a point of ethical notice the influence of such persons as Dietrich Bonhoeffer, who spoke and acted against tyrannical governance during the 20th Century. 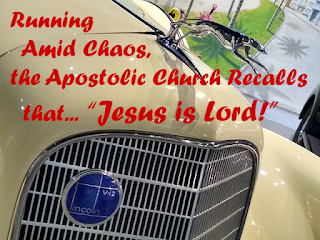 Therefore, for freedom’s sake before God, I urge one and all who are Christians to exert democratic influence. I ask you to refrain from centering on any singular candidate or party except for reason that the political entity expresses a right biblical will for the public realm. Then during the political process, if a chosen candidate falls short and is eliminated during primary elections… prayerfully choose the next best candidate based upon acceptable positions about the important issues at hand. Do not fear making hard, prayerful choices. Do not refrain from peacefully providing your political opinions in the public square and online community. Do not fall away from exerting your God-given freedom!

And Jesus answered them, “Have faith in God. Truly, I say to you, whoever says to this mountain, ‘Be taken up and cast into the sea,’ and does not doubt in his heart, but believes that what he says will come to pass, it will be done for him. Therefore I tell you, whatever you ask in prayer, believe that you have received it, and it will be yours. (Matthew 11:22-25)

Being a Christian clergy person who is oriented by scripture, I do find myself supporting certain candidates and spurning others. I still chafe at the results produced by the most recent Presidential election. You see, based upon scripture, I personally and professionally champion such as those who align with biblical precepts. I yet publicly embrace those candidates who favor pro-life decisions. Additionally I want to elect persons who promote proper social care for infants, orphans and the elderly. In the same way, it follows that we should choose in the same manner about such issues as healthcare, gun control, prayers said in schools, border security and more. Complex? Yes! Impossible? No! As scripture reveals… all things are possible with God.

Knowing our sinful finitude, I realize that I may only get agreement from a candidate on a majority of issues, with only minor positional differences outstanding. However, the shortfall should not hinder my participation in the process! All persons including myself are sinful, and as yet we live in an imperfect world... but God is not finished with any of us… even political candidates!

Finally, I fervently back those candidates who support absolute freedom for religious expression. Know that the Christian church is called to be the presence of God working amid the nation to build up and maintain proper and precious freedoms. Subsequently, also realize there are powers that would silence our voices. In such stance, even as clergy I advocate a strong, politically-neutral military for this land. As a nation operating in a sinful world having many harmful and competing political and religious forces present, we know that some yet work demonically. It may only be the vigilance of our military and armed citizenry that allows us to persist amid the world as a free people. Therefore, with many important issues before our government, I ask that you may rightly agree that we Christians need to participate fully! So in prayer and supplication before our God, as a Christian and American, I ask you to participate heartily in any future political processes.

Posted by TeeJay at 8:37 AM No comments:

PASTOR TOM and Barb escape for a ride!

The Lord Bless and Keep You!