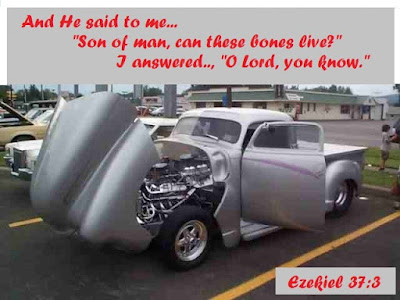 STEEL GREY days turn our collars up. March can keep us buttoned tightly. A defensive posture to be sure, a sharp cold often keeps us trapped while tilting toward spring. Such was the day when I drove past the local dirt track during March a few years ago. Bleachers were covered in a foot or more of snow. A person’s tilt would have surely been needed in crossing the fairgrounds parking lot.


Windy moments challenged anyone on foot to try. The tilt needed to walk that day seemed like even standing would require a front spoiler, just to hold tight like a race car. On that day, I drove up to the blinking red light signaling “STOP” at the nearby crossroads. Sitting there at the edge of town, I looked in all three directions and only saw dirtied winter roads. Each way was smothered in corrosive salt and ashes. Having once loved winter as a child, I wondered why so. I resolved to verbally assail my wife about our decision not to go to Florida for a clergy retreat.
However, a bright spot lay ahead for me. You see, on that afternoon I drove across our town to see someone I admired greatly. His name is Bob, or “Old Bob”. . . as spoken of fondly by many persons who have known him. In the midst of the sullen grey beneath the stoplight, I thought that just seeing him should lift my Lenten season spirit.
You see, Lent is traditionally a downer. . . a season of self-reflection. In church tradition, it brings us to realize that we have no light of our own. We are certainly a sinful lot. The self-image that many rightly secure in Lent is that like the chrome engine on a steel-grey pickup that I saw this past summer. During sunshine, the power plant was bright and attractive. However, on cold, cloudy days when storm clouds gathered, the twinkle was surely gone. Then the bland blend of silver grey and chrome did not show the sleek truck’s proper beauty. Being fast was all that was left to be claimed. 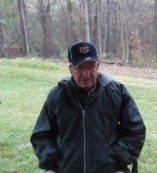 I visited Bob in his room at the residential home on that particular afternoon. We maintained a nice warm conversation for a little while, but my parishioner friend soon tired. You see, Bob was in his late eighties in years. He had been around a long time, and he had seen both deep darkness and Light.
I know this last surely, for Bob was shot down over Germany during WW2. A bomber flight crew member then, he was quickly captured by soldiers of the Third Reich. Being a member of the US Army Air Corps, notably a belly-turret gunner, he subsequently spent several years in a Prisoner-of-War (POW) camp, held until his release came when the war ended. His imprisonment was over, and since those days he married, had a great family, and worked diligently to make a good life for his loved ones.
During that lifetime that he spent so well, he and dear ones went to church regularly. They attended Sunday School, learned catechisms, and each child took their places alongside parents at the communion rail. As the children grew and married, they had children of their own. And so it went, the life of a faithful Christian man of many seasons.
As I consider the precious time we spent on that drab and dingy day, I remember leaving with deep thoughts rolling through my mind. This land that Bob fought for seems now to be in deep, dark trouble. I was reminded of the words of the Preacher…

Light is sweet, and it is pleasant for the eyes to behold the sun. For if a man lives many years, let him rejoice in them all; but let him remember that the days of darkness will be many. All that comes is vanity. (Ecclesiastes 11:7-8)

A depressing time is hard upon us this Lenten season. Hearing solemn news this year from reliable sources about persons murdered by those who are distorted by a stilted image of God, does not brighten our days. In some way, I am glad that Bob did not live to see this day. News images of Christians beheaded and burned now sear our minds. Words concerning the “end times” crosses the lips of many Christians during Bible studies. They witness of promised unfolding wrath written by John of Patmos in the biblical book of Revelation. These words press hard upon us.
Yet, as Christians considering our future in this hazardous nuclear age, in the midst of somber grey days we read also… 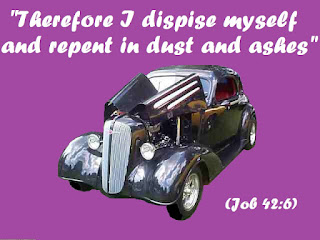 Thus it is that we who are sinful and mortal are given hope as we read these words of Holy Scripture. Though each lives in a modern world where bad news travels faster than a drag car on a quarter mile track, we still have hope. You see, this good news gift had been a part of everyday life to my elderly and thoroughly American veteran, affirmed as he had received communion. Forgiven our trespasses, we marvel alongside such men as Bob, with hope that surpasses all human understanding. The greatest power that made and strengthens all things is found to be securing us through God’s Word.
As Lutherans, during the Lenten season of late winter and early spring, we find that we are called to prayer and fasting. We know by faithful words spoken that we are but dirt trackers, and to dirt we shall return. As these dim weeks of Lent pass by, we consider the brutal noise of the world’s exhaust. The political din often seems like a blast coming from a nitro-methane fueled hotrod’s pipes. We may think ourselves as fast… that we can outrun the bad, but we are not fast enough! You see, both you and I often look for relief from cold winds in bad habits and faded glories. We meekly wait and rightly repent… turning to wait upon God to deliver us.
When we received the ashes of somber repentance on Ash Wednesday, we are told that baptism into Christ Jesus washes away the dingy and the drab. You see, for Christians, the ashes are applied over the same spot where oil once marked our foreheads at baptism. That wondrous oil, not holy on its own, gives us a holy reminder, beneath those ashes of condemnation. Beneath the dirt, God yet has already redeemed us. So we can go home and wash our faces, knowing baptismal grace. 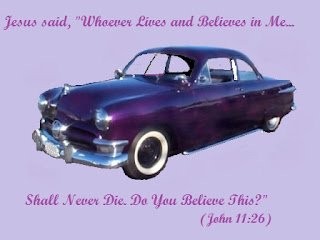 We are thus reminded that God has done a great act through Jesus, his Son. Through him, we who are sinners become polished and sparkling before our Savior. Like the fiery dragster fuel that etches the cylinders and piston rings of an engine, the Holy Spirit grabs out of us the spiritual dirt down to our very bones. We get etched. We get scorched! Consequently we are convicted and cleansed. This sure cleansing is not because we deserve any grace, for we are yet sinfully wayward. But God knows, that if we are left to our own devices, we’d spin uselessly out-of-control like a NASCAR driver who just lost it in the corner at Daytona.
You see, as Old Bob could have reminded, we only are pardoned and our rightful place restored for the sake of Jesus Christ, our Lord. Believing this, I continually hope to sit along with them one day at the winner’s banquet, praising God for what has been done.